Get in touch with us at
info@miamibeachchamber.com 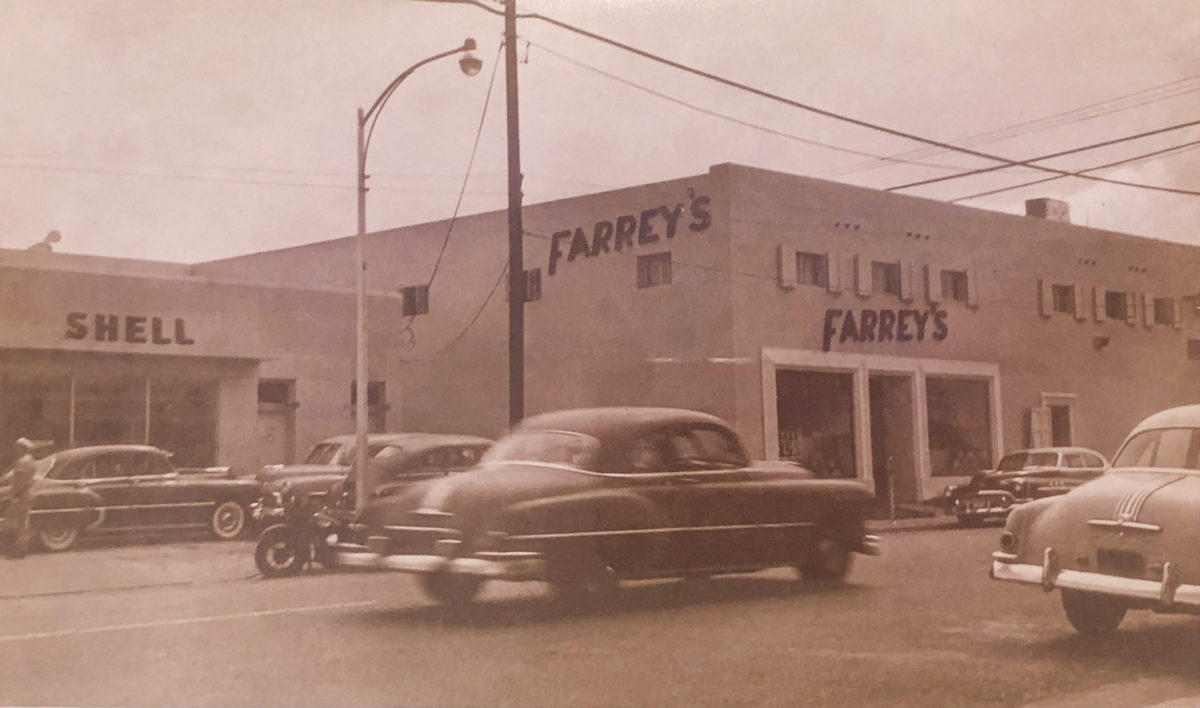 The histories of Miami Beach (incorporated in 1915) and Farrey’s Lighting and Bath have been inextricably linked, with only 9 years separating their beginnings.

Emily and John J. Farrey founded Farrey’s in 1924. After the devastating hurricane of 1926, John J. Farrey was named the City’s Building, Plumbing and Electrical Inspector and initiated the first building code in the United States intended to prevent such destruction in the future. This code was subsequently adopted by thousands of communities nationwide. In honor of his contributions to the community, Miami Beach named a street on Belle Isle “Farrey Lane”. Moreover, in 1998, he was recognized as one of the original members of the Great Floridians Program and a plaque was installed in his honor at the old Miami Beach City Hall

The Company’s first premises were at 608 Collins Avenue and quickly attained popularity with the local residents by providing an array of products including hardware, plumbing, paints, housewares, fishing tackle and other sporting goods. Farrey’s was renowned for it’s personal service with all of it’s employees able to address every customer by name. This type of individual attention is still very much in evidence 95 years later in it’s current locations.

Customer loyalty and demand led to the need to relocate to larger quarters at 668 Collins Avenue. Two years later, in 1928, this location was doubled in size.

The growth of Miami Beach dictated the need for a second location on 1698 Alton Road. Opening on September 15, 1934, the 13,500 square foot structure greatly expanded the company’s product lines to include, among others, an assortment of lamps. Already known as the largest hardware business in the area, this new expansion would eventually establish Farrey’s as a premier lighting provider.

By 1936, the company outgrew the Collins Avenue location resulting in another grand opening of a Farrey’s Wholesale location in a two story 5250 square foot building at 725 Washington Avenue.

Throughout the 1930’s Farrey’s supplied the finish hardware for many of the 132 hotels built in that period, which established Miami Beach as the premier American winter tourist destination.

For the next decade and a half, growth of both Dade County and Farrey’s necessitated the need for a much larger facility which opened on September 15, 1950 on the mainland, and the Washington Avenue property was sold. Around 1955, a large lighting showroom was created in the Miami location.

Even though Farrey’s physical presence ended in Miami Beach in 1953 with the sale of the Alton Road location, The City has continued to play a significant role in the company’s success. Farrey’s was awarded the prestigious contract to furnish all the hardware to the world famous, Morris Lapidus designed, Fontainebleau Hotel which opened in 1954.

Furthermore, Farrey’s has been chosen to provide commercial lighting for many local projects including the renovated Fontainebleau Hotel, The Miami Beach Edition, the Beach Club 8, the Bath Club Condominium and the Faena.

On the private side, enumerable owners of condominiums and homes have selected Farrey’s lighting, bath, decorative hardware, furniture and accessories to grace their elegant residences.

Farrey’s long and strong ties with the trade continues today through it’s seminar program for designers and decorators at which they not only learn about new products and all the technical aspects of same but also earn free AIA and IDCEC continuing education credits. These events are held monthly at the company’s North Miami location, 1850 NE 146th Street.

As the 100th year of partnership approaches, the ties between Miami Beach and Farrey’s have never appeared stronger.